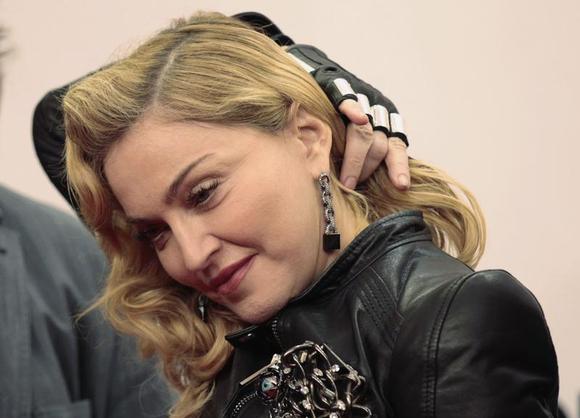 Her income for the 12-month period used by the magazine also made her the highest-earning celebrity overall, it said.

Much of Madonna’s earnings from June 2012 to June 2013 were from her worldwide MDNA Tour, which pulled in $305 million. But the 55-year-old singer, who jumped from ninth place in 2012, also made money with merchandising sales, her fragrance and from her Material Girl clothing line.

She is “music’s top earner of any genre or gender and the highest-paid celebrity of any stripe,” according to Forbes.

Lady Gaga, with $80 million, jumped from No. 4 to No. 2 this year, despite her Born This Way Ball tour being cut short due to an injury. Gaga, 27, released her album “ARTPOP” after the cutoff date for Forbes’ annual earnings calculations.

Swift, 23, dropped from second place in 2012 to third this year. Her $55 million in earnings came from sales of her latest album “Red” as well as endorsement deals, records sales and touring.

Singer Beyonce, 32, came in fourth, not far behind with $53 million. The R&B star, who rose two places from last year, was also on the road with her Mrs. Carter World Tour, and earned cash from her House of Dereon clothing line and endorsement deals.

Country singer and 2005 “American Idol” winner Carrie Underwood, 30, was a newcomer to the list at No. 9. Underwood, who played the lead role of Maria in a live version of “The Sound of Music” for television earlier this month, earned $31 million from her latest album “Blown Away” and touring.