Movie producers Bob and Harvey Weinstein have sued Time Warner Inc for at least $75 million over its decision to divide the screen adaptation of J.R.R. Tolkien’s book “The Hobbit” into three parts, and refusing to pay them for the second and third films.

In a complaint filed on Tuesday in New York State Supreme Court in Manhattan, the Weinstein brothers and Miramax LLC said executives at Warner Brothers and its New Line Cinema unit chose to split “The Hobbit” as a pretext to deprive them of 5 percent of the gross receipts from the last two films.

The Weinsteins said they had in 1998 sold New Line the movie rights to “The Hobbit” and Tolkien’s trilogy “The Lord of the Rings,” after having spent more than $10 million to adapt them. They said New Line had agreed to make payments for the “first motion picture,” but not “remakes,” based on the books.

“This case is about greed and ingratitude,” said the Weinsteins and Miramax, which the brothers founded. “Warner takes this position solely to deprive plaintiffs of their right to share in the revenues from two of the three filmed installments of ‘The Hobbit.'”

Warner Brothers countered that the Weinsteins simply made a business mistake when they sold the film rights to New Line.

Paul McGuire, a Warner Brothers spokesman, said the studio filed for arbitration on November 26 with JAMS Inc, a New York firm once known as Judicial Arbitration and Mediation Services, to resolve the dispute.

“This is about one of the great blunders in movie history,” McGuire said. “Fifteen years ago Miramax, run by the Weinstein brothers, sold its rights in ‘The Hobbit’ to New Line. No amount of trying to rewrite history can change that fact. They agreed to be paid only on the first motion picture based on ‘The Hobbit.’ And that’s all they’re owed.”

Tuesday’s lawsuit is the latest litigation involving the Weinsteins, who earlier this year battled with Warner Brothers over the title of one of their films, which was eventually called “Lee Daniels’ The Butler.”

The lawsuit over “The Hobbit” was filed three days before the scheduled December 13 worldwide release of director Peter Jackson’s “The Hobbit: The Desolation of Smaug,” the second of the three planned “Hobbit” films.

The first film, “The Hobbit: An Unexpected Journey,” was released in 2012 and grossed more than $1 billion worldwide.

David Boies and Motty Shulman, who are partners at Boies, Schiller & Flexner, represent Miramax and the Weinsteins. They were not immediately available on Wednesday for comment. 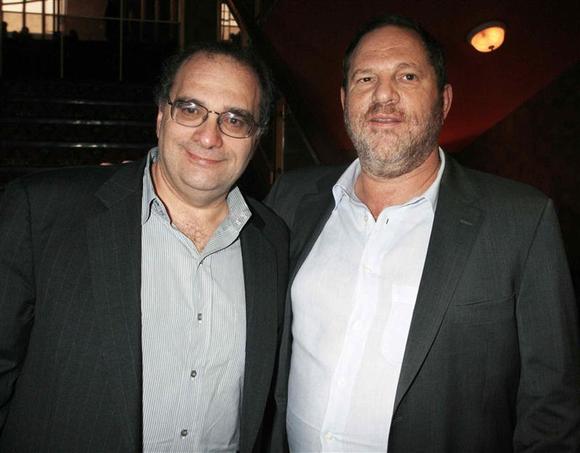 Bob Weinstein (L) and his brother Harvey Weinstein, the founders of The Weinstein Co.