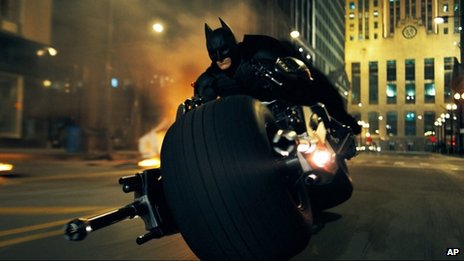 The top-grossing Hollywood films of 2012 showed more gun violence in those deemed appropriate for adolescents than in the movies geared toward adults, a study published on Monday found.

The findings for 2012 come after three straight years in which PG-13-rated and R-rated films showed similar levels of gun violence, the study conducted by the Annenberg Public Policy Center at the University of Pennsylvania and Ohio State University said.

A PG-13 rating cautions parents that a movie may not be appropriate for those younger than 13, while R-rated films only admit those 17 and older or children accompanied by a parent or adult guardian.

The seven top-grossing films in 2012 were all rated PG-13, and five of them were action movies featuring violence, including James Bond film “Skyfall” and superhero franchises “The Avengers,” “The Dark Knight Rises” and “The Amazing Spider-Man.”

The study did not explain why PG-13 rated films were showing more scenes of gun violence.

Debate about violence in films and entertainment reignited in 2012 following a spate of shooting rampages – including one at a Denver-area movie theater during a showing of “The Dark Knight Rises.”

Scenes of violence in Hollywood’s biggest blockbusters have more than doubled since 1950, the study’s authors said in an analysis of the 945 highest-grossing films since that day, published in the academic journal “Pediatrics.”

The authors also noted that the PG-13 rating, when it was first introduced in 1984, had levels of gun violence that were more similar to PG and G movies meant for children.

“It’s disturbing that PG-13 movies are filled with so much gun violence,” Dan Romer, a study co-author and director of the Annenberg Center’s Adolescent Communication Institute, said in a statement. “We know that movies teach children how adults behave, and they make gun use appear exciting and attractive.”

The study’s authors conclude that the findings “suggest that the presence of weapons in films might amplify the effects of violent films on aggression” on young people.

The study included animated films and did not take into account the message, positive or negative, behind gun violence.

Film ratings and guidelines are issued by the trade group the Motion Picture Association of America.

Glenn Sparks, a communication professor at Purdue University in Indiana who specializes in the effects of mass media, said the PG-13 rating is being treated more like an advanced adolescent rating by the film industry than when it began.

“We may be in a particular phase of film type that supports this,” Sparks said of the slew of high-grossing PG-13 action films that Hollywood has produced in recent years.