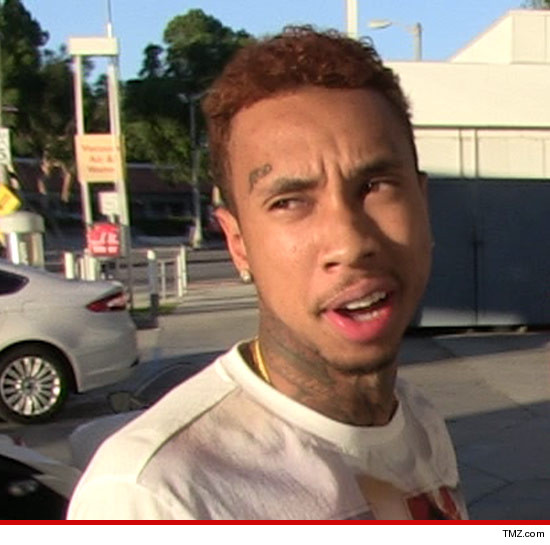 The woman, Allison Brown, is suing Tyga and his record label … Young Money Entertainment — claiming she was approached in November, 2011 by a man who said he was tight with Tyga, and she had a “good look” for his music video.

In the suit, Brown claims she showed up for the shoot at a Hollywood Hills mansion where producers proceeded to ply her with booze — even though she was only 20-years-old at the time. She alleges no one ever asked for ID.

This is when things took a nasty turn, according to the suit. Brown claims someone in a yellow rabbit costume grabbed her from behind her hips and started dry humping her — and when she pulled away from the rabbit … another man on set grabbed her breast.

In addition, Brown alleges she had been coerced to remove her top … and promised her nipples would not be exposed in the final edit of the video.

TMZ broke the story … 3 other women have already filed a similar suit against Tyga … claiming their boobs were exposed to the world when the video was released.

Brown is suing Tyga for sexual battery and a slew of other despicable acts … including fraud, invasion of privacy, and infliction of emotional distress.

We reached out to reps for Tyga and Young Money — so far no word back.

Ebonies Set Off To London.