A man believed to be a fan of Manchester United Football Club committed suicide Saturday night in Nairobi’s Pipeline estate after the team lost 1-0 to Newcastle.

Police said John Jimmy Macharia aged 23 jumped to his death from the 7th floor of a building he was after learning his team had lost in the Saturday evening match.

According to Nairobi County police chief Benson Kibue, Macharia told his friends he could not stand and watch the team beaten in a row before he leapt down dying on the spot.

“All witness accounts suggest he committed suicide because the team lost but officers are still talking to those who were with him as part of the investigations into the incident,” he said.

Kibue advised the youth in the city to realise the English Premier League just like any other sport is a game and they should not be emotional with it. “It is not the first time we are losing a young man because of the football in England, which is far away from us. They need to know that is just a game,” said Kibue.

The body was later removed and taken to the mortuary by police who arrived there. Macharia is said to have landed on his head dying instantly.

Manchester United slumped to their second home Premier League defeat in the space of four days as Yohan Cabaye’s goal gave Newcastle a first league victory at Old Trafford since 1972. 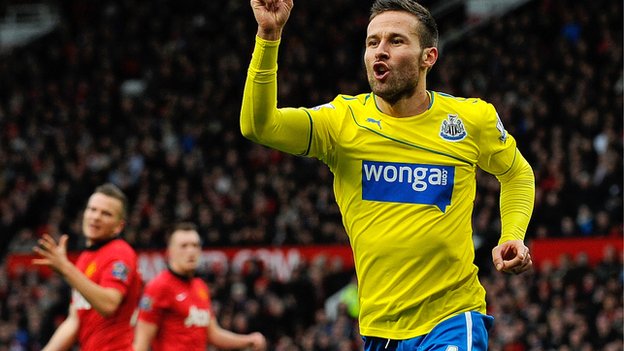 Cabaye celebrates his goal against Man U