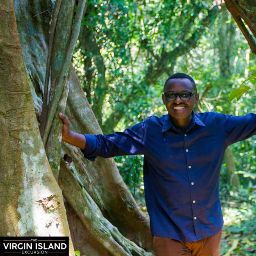 The past four or so months must be the best months D’zyre Derekford has lived as a working youth. The young talented man seems to be on a roll!

Also the PR manager, and arguably the most popular(and multi-talented) presenter from the Nile Avenue based Magic100FM, this proud Mukiga, who hosts the Monday to Friday “The Cruize” show (4- 7pm), recently got appointed as a Director at the FUFA Big League new boys, The Hope Doves, and is the Communications, PR and Media in-charge.

When contacted, D’zyre had this to say: “It’s not easy to say no to opportunities such as this. I am honored to be working with a very organized, youthful and determined group of individuals, people passionate about sport, people capable of changing the face of Ugandan sport. I am glad to be part of this amazing project that is Hope Sports Club, under which is The Hope Doves.”

“My role is to provide the much needed linkage between Hope Sports Club and the media, hence the general public. This kind of work and social media exploitation have been a part of my life for a while now, so nothing is exactly new,” continues the 23-year old. “This is the best job I have landed to date.”

Having been instrumental in the current drive to popularize Urban Ugandan music in mainstream media through his founding of the original “Digida” TV Show on Star TV, starting the first ever all Urban Ugandan music countdown radio show, The Magic Twenty20 Countdown, introducing the 50% Urban Ugandan Music Policy at Magic100FM among other ventures, that include being the first and influential talent-manager to the now popular songstress, Amaru, this can only come as a handsome reward for consistent and focused hard work.

“We have a player, Nelson “Nelly” Ssenkaatuuka, called up at the last minute to the CHAN Cranes team prior to Uganda’s qualification to the South Africa finale. That, we did when we were a Regional League team, almost unheard of,” said a flamboyant D’zyre.

“We have about 4-6 players within the same scope of ability, with the rest of the team not so far off, with us in a league where we play against tougher opposition, we can only go up. We are ready for the Big League, our target this season, is to qualify for the Super League next season, and be among one of the top football brands in Uganda within the next 5 years.”

The Hope Doves, who had part of their pre-season preparation on a tour of Tanzania, playing against powerhouses such as Uganda Cranes’ Brian Umony’s Azam FC, kick off their debut FUFA Big League season with an away game against Kumi University, in Kumi District this Sunday.

D’zyre is also a television personality, currently hosting “The Ultimate B-Ball Show” on Urban TV, every Tuesday at 10pm, and repeats Fridays, 7.30pm.

We, at BigEye.ug, wish him the best in all his endeavours. Ugandan-South African based businesswoman, Zari Hassan (Zarina Tlale) is at over head with People Power supporters and she can’t hold to their venomous any longer.

Zari’s remarks on Bobi Wine’s potential of becoming the President of Uganda sounded unpleasant to his fans and the People Power supporters worldwide as they immediately flogged her on social media.

Today (Monday) morning, the self-proclaimed ‘Boss lady’ took it to her social media with a decision to limit accessibility of commenting on her live videos, which will only favour strictly her friends.

She has also promised to help and educate her tormentors more about her recent ‘Credentials’ request concerning Bobi Wine’s candidature in the upcoming Presidential elections.

We will continue to educate you as much as you think intimidation and abuses is what works for you.

Comments limited to ‘friends’ only since some you listen with your behind and don’t listen with a brain to understand. Tell a friend to tell a friend that The Bosslady has a message for the country and its citizens.