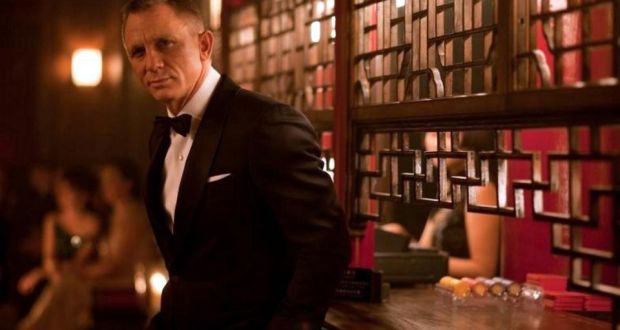 The next James Bond film could be shot in Ireland for the first time, its producer and writer have said.

Both Barbara Broccoli, whose family have produced the franchise from the beginning, and the screenwriter John Logan turned up at an event at the weekend hosted by the Institute of Directors to support the Irish film industry.

Three-times Oscar-nominated Logan is one of Hollywood’s most successful screenwriters with Gladiator, The Aviator and the last Bond film Skyfall among his credits.

He is going to be based in Ireland until next March as he is the creator and producer of the €25 million gothic horror television series Penny Dreadful for Showtime. It is being shot in Ardmore Studios and is partially funded by the Irish Film Board international production fund.

Sam Mendes, the executive producer of the series, will also direct the next James Bond movie.

Logan said the script for the new Bond film, which is not due out until the end of 2015, is “in process” and he would be using his time in Ireland to “soak up the local colour now that I’m here” with a view to including the country as a location in the next film.

Logan also pointed out that he is second-generation Irish himself as his parents both come from Belfast. “I’m fully Irish,” he said.

Broccoli said if Logan includes it in his next script “we’ll come here. Ireland is gorgeous. I’d love to come here and make a Bond film.”

Broccoli was the producer of the musical version of the low-budget film Once which became an international success. She said she working with the Once director John Carney on another film to be shot in Ireland. “I hope we will come here to film whether it is a Bond or another story.”

Carney scored a major international success at the Toronto Film Festival last week with his new movie Can a Song Save Your Life?

The renowned producer Harvey Weinstein snapped up the US distribution rights for the movie for $7 million (€5.25 million) with a commitment to spend a further €15 million ($20 million) in advertising.